The beginning of the school year was truly chaotic but I am finally – finally – settling into fall. The year 2016 has not been my favorite, I will admit, but I feel such a positive energetic shift lately! And while tomato season was technically over at the end of September, I refuse to say sayonara for a couple of more weeks. 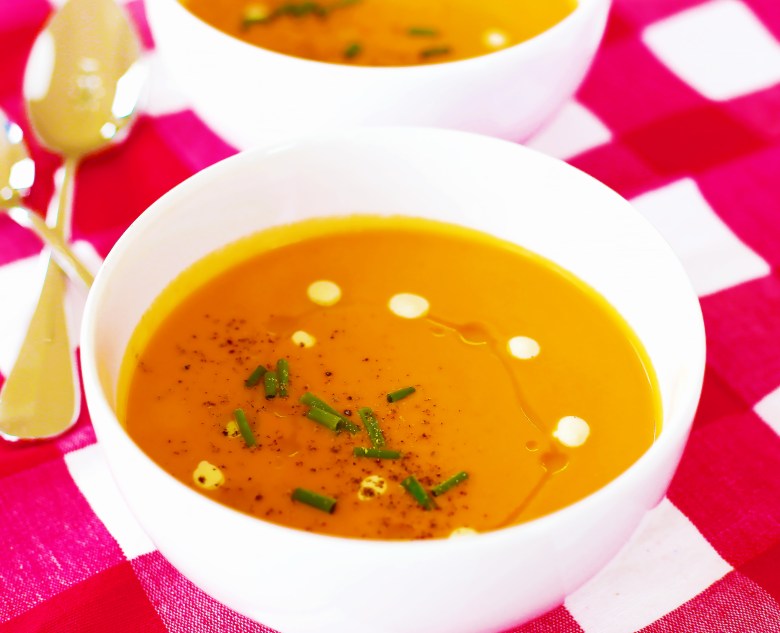 I was in Bedford, New York earlier in the week where I found myself in the most beautiful organic vegetable garden that still had tomatoes on the vine.  Can you believe it?  (Bedford is a beautiful little town about an hour north of New York City, in case you are wondering.) The tomatoes were red, juicy and delicious. I ate them right off of the vine!  And so I feel kind of justified in holding onto them for just a bit longer. You agree with me, right? I know you do. Tomatoes, I just can’t quit you! 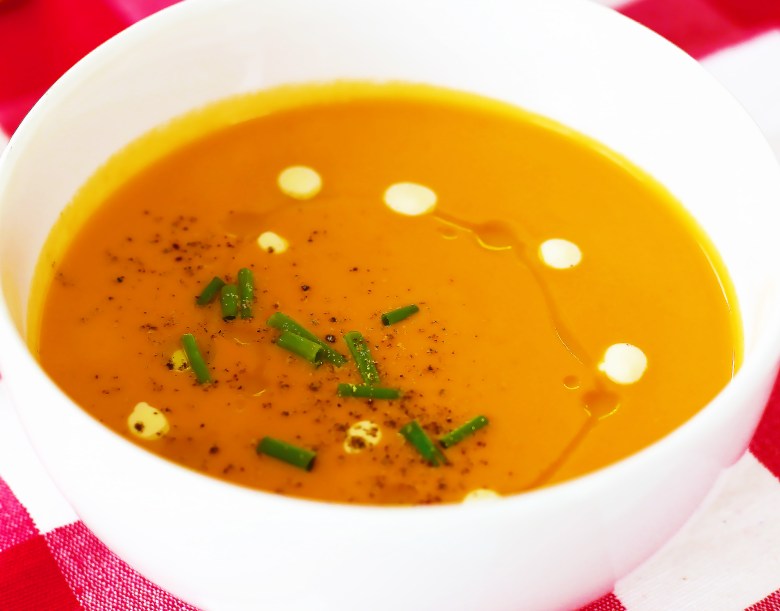 This creamy vegan tomato soup is what I like to call a Sunday soup. There’s not a ton of active work but it takes a bit of time for the cashews to soak and for the tomatoes to roast. I just kind of putter around the apartment doing chores and projects and wander into the kitchen whenever its time for the next step. It’s lazy cooking but the kind of lazy where you feel great about what you are putting into your body.  If you are looking for a soup that is warm, soothing and delicious, this is it. I know you are going to love it!