These raw vegan raspberry cheesecake bars are EVERYTHING.  I don’t care if you are a vegan, a raw vegan or a hell-no-I’m-not-a-vegan.  If you don’t make these, you are suffering!  Memorial Day is just around the corner and this is an easy, no-cook dessert that is gluten free and refined sugar free.  And the taste!  Creamy and decadent, sweet but not too sweet, full of fresh raspberry flavor.  There is nothing in these that is all that bad for you.  Okay, I wouldn’t take a bath in maple syrup just like I wouldn’t eat a tub of cashews but as long as you exercise some self-control and don’t eat the whole tray, you’re fine. 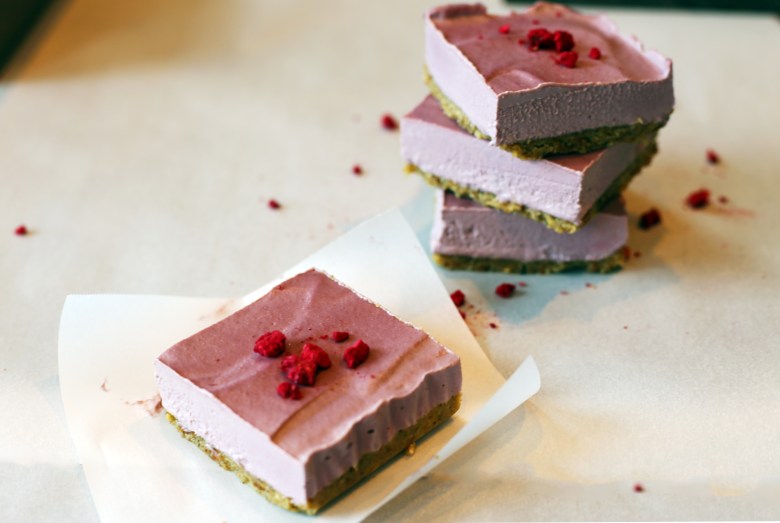 How do you make these beauties, you ask?  We start with the crust, which is loaded with walnuts, macadamia nuts and hemp seeds. Don’t have all of those?  Who cares?  This isn’t rocket science.  You can substitute.  Throw in some medjool dates for sweetness and a touch of salt to act as a counterbalance.  Add in a bit of flavor from fresh vanilla bean seeds.  Coconut oil adds even more flavor and acts as a binder.  Give all of that a whirl in a food processor until it’s a crumbly meal-like texture.

Then, line a couple of eight inch square pans with parchment.  Press your crust mixture on the bottom of each.

Now it’s time for the filling.  Grab a boatload of fresh raspberries – hello! 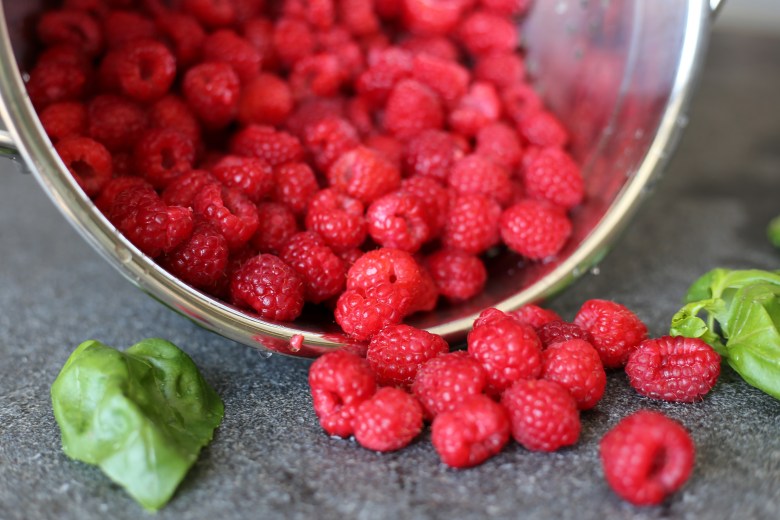 Add some soaked raw cashews, a bit of maple syrup for sweetness and some basil (yes, basil) for flavor.  All of that goes into a high speed blender. (I use a Vitamix.)  The high speed blender is important so that you get this super-creamy cheesecake texture.

Pour the cheesecake mixture on top of each crust.  Toss the pans into a freezer until the cheesecake is fully set.  Cut those puppies into squares and there you go!  If you want a little flourish, toss some crumbled freeze-dried raspberries on top.  And bah-dah-bing, bah-dah-boom, that is it. 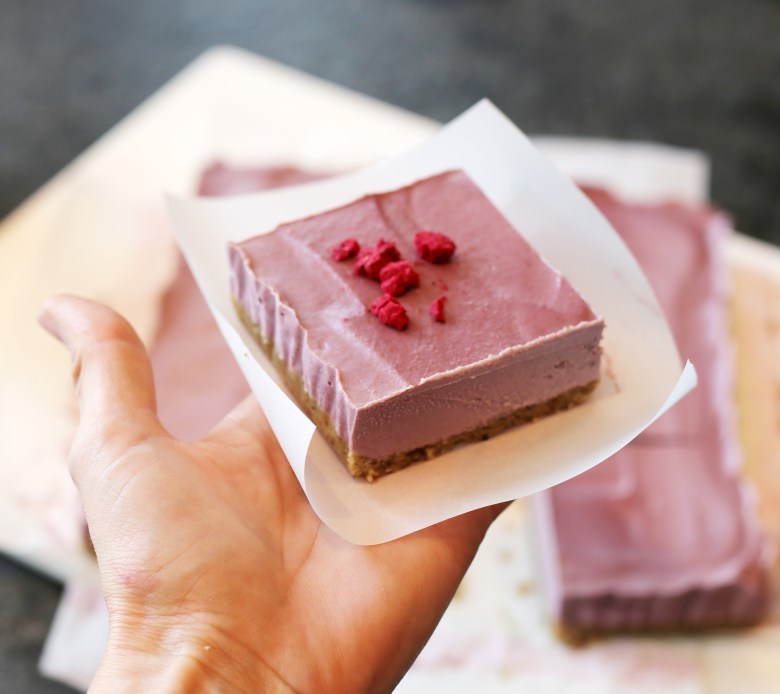